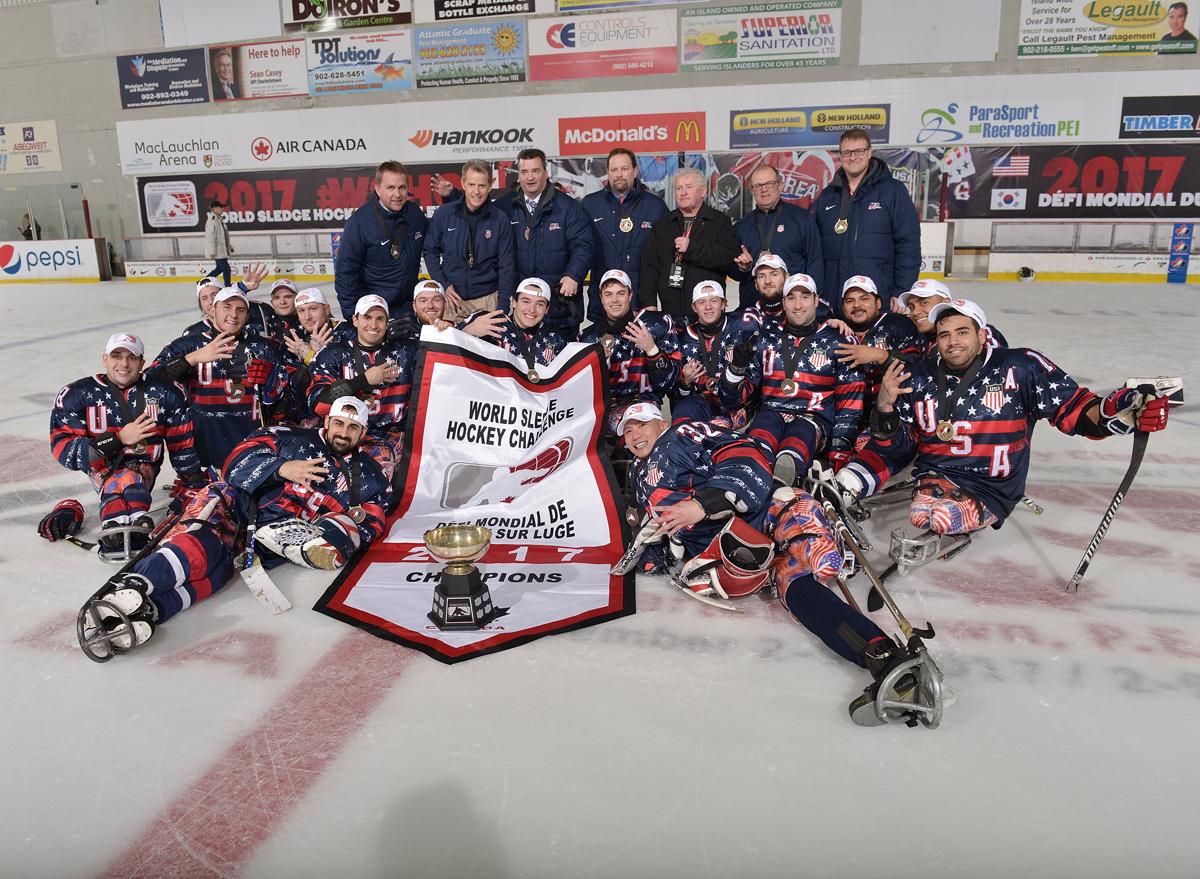 The final of the World Sledge Hockey Challenge featured a classic clash between Canada and the USA, with the reigning Paralympic champion US team defeating the host and reigning world champions 3-2 on Saturday (9 December) in Charlottetown.

The week-long competition brought together four of the top five-ranked teams ahead of the PyeongChang 2018 Paralympic Winter Games.

The USA’s Brody Roybal and Josh Misiewicz picked up a goal and an assist apiece, helping their squad capture their fourth consecutive gold medal at the tournament.

The US side opened a three goal lead early in the second period before holding on to win gold for the sixth time in tournament history, breaking a tie with Canada for the most ever.

Misiewicz gave his team the lead just past the nine minute mark of the first period, taking a feed from Roybal before tucking a shot past Canadian goalkeeper Dominic Larocque.

Misiewicz set up a shorthanded goal 2:55 into the second, knocking the puck away from Canada’s Adam Dixon to spring Roybal on a breakaway. US captain Josh Pauls raced away for the third goal less than two minutes later, going to the right hand to beat Larocque.

Canadian Tyler McGregor got one back before the end of the middle frame, finishing a set-up from Dixon with the Canadians enjoying a five-on-three power play, and making it a two-goal game after 30 minutes.

It was down to one five minutes into the third period when Liam Hickey was left all alone in front of US goalkeeper Steve Cash for another goal on the man advantage, setting up a wild finish.

A late power play failed to produce the tying goal and Cash did the rest, leaving the Canadians with their fifth silver medal at the World Sledge Hockey Challenge.

Seung Hwan Jung did it all offensively, scoring four goals and adding an assist as South Korea doubled up Italy 6-3. It is the second time in three years the South Koreans have won bronze; they also made the podium at the January 2016 tournament.

Jung scored twice in the second period and twice in the third, becoming the fifth player in tournament history to score four goals in a game.

Complete results from the 2017 World Sledge Hockey Challenge can be found on Hockey Canada’s website . 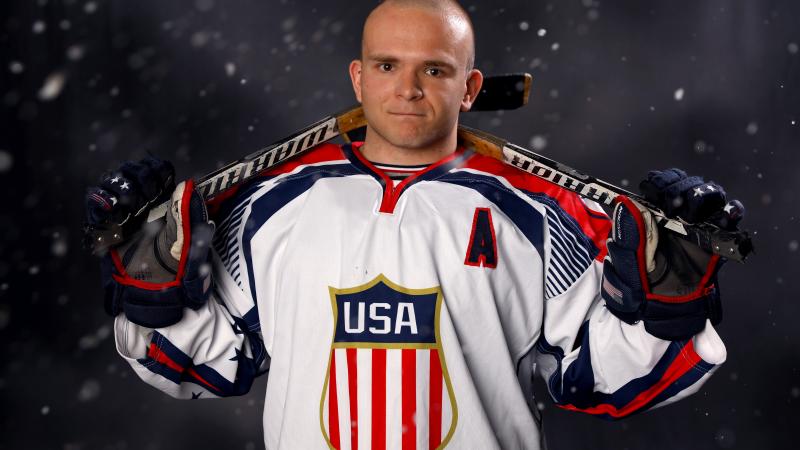