The World Anti-Doping Agency (WADA) has commended the International Paralympic Committee (IPC) “for its commitment to clean sport” in a new report published on Tuesday (19 June).

Upon invitation from the IPC, WADA sent an independent observer (IO) team to the PyeongChang 2018 Paralympic Winter Games with the aim of reinforcing confidence in athletes and the public as to the quality, effectiveness and reliability of the Games’ anti-doping programme.

To that end, the team provided real-time feedback to the IPC and the PyeongChang 2018 Organising Committee for the Olympic and Paralympic Games (POCOG) in order to suggest areas of ongoing improvement to the programme. They also compiled a post-event report, including recommendations for potential longer-term improvements for future editions of the Games.

Chair of the IO team Pirjo Ruutu said: “Just like any major sporting event, a number of obstacles and opportunities were faced by the organisers of PyeongChang 2018 when it came to doping control. The IO team did note a number of issues during the Games, which are highlighted in the report. But overall, athletes can be very satisfied with the high-quality anti-doping programme put in place for PyeongChang 2018.

“The IO team was well received by the IPC and POCOG and was afforded every assistance on the ground. The IPC should be commended for its strong commitment to clean sport and for the high standards of its anti-doping policies and procedures when dealing with athletes with impairments.”

Peter Van de Vliet, the IPC’s Medical and Scientific Director, said: “I would like to thank the IO team for their report and recommendations, as well as the PyeongChang 2018 Organising Committee and volunteers for their support in implementing the anti-doping programme during March’s Games.

“As with all reports of this nature, the IPC Anti-Doping Committee will now review the report in full, noting the recommendations that will be implemented where necessary going forward.”

Chelsey Gotell, the Chairperson of the IPC Athletes’ Council, said: “Athletes throughout the Paralympic Movement should be greatly encouraged by this report which praises the quality of the doping control programme in PyeongChang.

“The IPC and its partners play a vital role in protecting clean athletes before, during and after the Games with its anti-doping programme, striking a balance between protecting athletic performance and abiding by the rules and regulations set out by the World Anti-Doping Code.

“Further anti-doping education of athletes and coaches is a key recommendation going forward and I hope the IPC, together with National Paralympic Committees and International Federations, act on this ahead of future Games.”

The IO team monitored all aspects of the anti-doping programme in PyeongChang, including test distribution planning, sample collection sessions, Therapeutic Use Exemptions, results management, rules and procedures, the work of doping control personnel, and education.

As is the case following all IO team missions, the report includes a number of recommendations for the IPC, POCOG and WADA itself – all designed to enhance anti-doping activities at future Games.

During the Games, the IPC conducted 842 tests; 319 in competition and 523 out of competition. 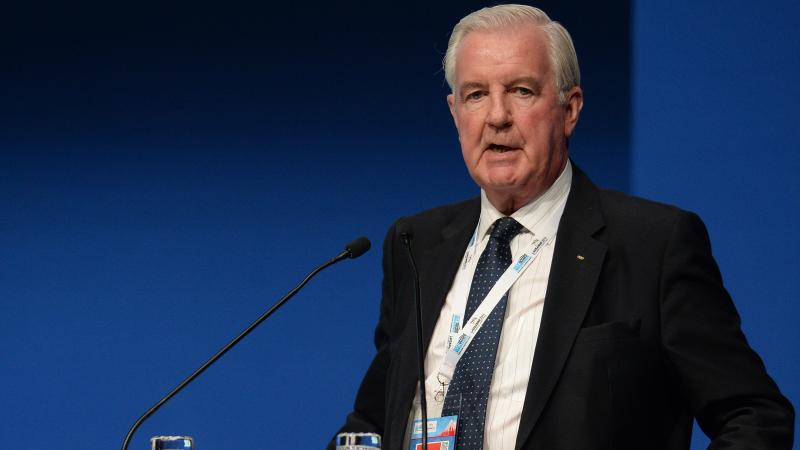