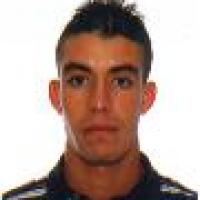 When and where did you begin this sport?
He began running in Morocco.
Why this sport?
He loves the sport.
Club / Team
Playas de Castellon: Spain
Training Regime
In the lead-up to the 2016 Paralympic Games, he did three months of altitude training in Ifrane, Morocco.

He had a cold in the week before the 2012 Paralympic Games in London. During the marathon, he suffered a coughing fit when he was leading the race, and went on to finish second. (mundodeportivo.com, 09 Sep 2012)
Sporting philosophy / motto
"If you want honey, you have to endure the sting of bees." (elperiodico.com, 16 Nov 2013)
Awards and honours
He received the 2016 Juan Palau Award from the Spanish Sports Federation for Athletes with an Impairment [FEDDF]. (practicodeporte.com, 24 May 2016)

In 2015 he was presented with the gold medal of the Royal Order of Sports' Merit by the Sports Superior Council of the Spanish government. In 2013 he had received the silver medal. (atletismecastello.es, 01 Dec 2015; dxtadaptado.com, 15 Sep 2015)
Impairment
At age eight he broke his right wrist after he fell into a well. He then had to have his arm amputated after getting gangrene due to poor medical care. (disabilityinaction.com, 08 Apr 2014)
Other information
FROM MOROCCO TO SPAIN
Born in a village in southern Morocco called Mellab, he left for Spain at age 15. He initially settled in the Canary Islands before moving to Barcelona on the mainland. (disabilityinaction.com, 08 Apr 2014; elmundo.es, 11 Sep 2008)

AUTHOR
He has written a book about his life called 'El Angel del Ala Partida' [The Angel with the Broken Wing]. It covers his departure from Morocco, his arrival in Spain, as well as his athletics career. (atletismecastello.es, 01 Dec 2015; disabilityinaction.com, 08 Apr 2014; casadellibro.com, 2009)