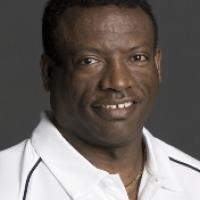 When and where did you begin this sport?
He began powerlifting in 1999 in Australia.
Why this sport?
He saw other people doing the sport and decided he wanted to try it.
Club / Team
Sporting Wheelies: Australia
Name of coach
William Nancarrow, AUS

Nicknames
Abba (paralympic.org, 05 May 2011)
Memorable sporting achievement
Representing Australia, travelling the world as an athlete. (abc.net.au, 23 Aug 2012)
Hero / Idol
Australian powerlifter Darren Gardiner, Australian cricketer Shane Warne, Australian rugby league player Darren Lockyer. (paralympic.org, 05 May 2011)
Sporting philosophy / motto
"Tomorrow can be a better day." (abc.net.au, 23 Aug 2012)
Impairment
In 1996 he was involved in a car accident in Ethiopia, which resulted in paraplegia. (abc.net.au, 23 Aug 2012)
Other information
AFRICA TO EUROPE TO AUSTRALIA
Born in Ethiopia, his father was taken away by military police when he was age eight. He never saw his father again. In 1996 after attending a political rally, he was involved in a car chase with government security in which he crashed, losing both his legs and sustaining a spinal cord injury. He sought treatment in Italy where his brother was living, and 18 months later travelled to Australia to join his sister. He was unemployed and without health coverage, until he went to a gym in Brisbane to get some exercise in his wheelchair and met coach Ramon Epstein. He began powerlifting and was granted Australian citizenship just before the Asian Paralympic Committee Powerlifting Cup in 2007. (abc.net.au, 15 Sep 2008)