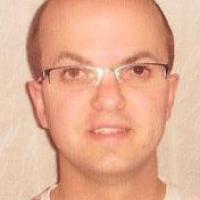 When and where did you begin this sport?
He began powerlifting at age 14.
Why this sport?
"My physique seemed was suited to powerlifting. I also enjoyed watching 'The World's Strongest Man' on television."
Club / Team
Suffolk Spartans: East Bergholt, ENG
Name of coach
Dan Collins [club], GBR

A shoulder injury almost stopped him competing at the 2013 European Championships in the Russian Federation. He recovered in time to lift at the competition and finished fourth. (suffolkfreepress.co.uk, 13 Jun 2013)