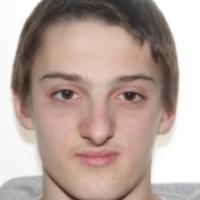 When and where did you begin this sport?
He began swimming in 2009 in Tromso, Norway.
Why this sport?
He took up the sport to help control his attention deficit hyperactivity disorder [ADHD].
Club / Team
Woy Woy Swim Club [AUS] / Tromso SK [NOR]:
Name of coach
Graeme Carroll, AUS, from 2017

Hobbies
Swimming at the beach, computers. (Athlete, 15 Aug 2018)
Memorable sporting achievement
Winning gold in the SB14 100m breaststroke at the 2017 World Championships in Mexico City, Mexico. (Athlete, 15 Aug 2018)
Most influential person in career
His father. (Athlete, 03 Dec 2017)
Sporting philosophy / motto
"Working hard brings results." (Athlete, 03 Dec 2017)
Ambitions
To compete at the 2020 Paralympic Games in Tokyo. (Facebook page, 09 Jul 2018)
Impairment
His impairment is the result of injuries he sustained in a car accident at age 15 months. He was later diagnosed with an intellectual impairment, a condition called agnosia that affects his vision, and attention deficit hyperactivity disorder [ADHD]. (nrk.no, 22 Jun 2016; Athlete, 10 Jul 2015; 15 Aug 2018)
Other information
FROM AUSTRALIA TO NORWAY
He and his family moved from Australia to Norway in 2002. (nrk.no, 22 Jun 2016)

ACCIDENT
His impairment is the result of an accident in which a car ran over his head when he was just age 15 months. At the time his family were living in Perth, WA, Australia, and doctors there did not think he would survive the incident. However, he came out of a coma after five days and then spent the next year in intensive rehabilitation, using a special helmet to prevent his head from receiving any further trauma. "It was as if life stopped. We prepared to lose him," his mother Sandra said. (nrk.no, 22 Jun 2016)