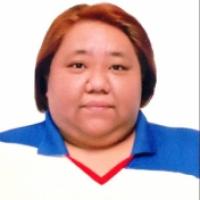 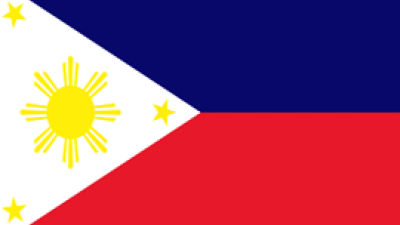 When and where did you begin this sport?
She took up the sport in 1997 in Quezon, Philippines.
Why this sport?
"Since I was around seven years old, I've been interested in all kinds of sports, be it wheelchair racing, basketball or swimming. After I finished university, I missed the feeling that I got from competitive sport. A friend of mine suggested I try out powerlifting and I thought, 'Why not?' I started powerlifting and just a few months later I decided to take part in a local, able-bodied competition. I won - and the prize included two months of free training at a gym owned by my future coach. He saw a lot of potential in me and encouraged me to continue with the sport."
Name of coach
Ramon Debuque [national], PHI

She is a three-time Philippine Sportswriters Association [PSA] award winner. (freedom-technology-wheelchairs.com, 22 Aug 2012)
Milestones
She became the first athlete representing the Philippines to win a medal at the Paralympic Games by claiming bronze at the 2000 Games in Sydney. (SportsDeskOnline, 05 Jun 2019; team-ams.com, 22 Aug 2012)
Ambitions
To compete at the 2020 Paralympic Games in Tokyo. (pna.gov.ph, 13 Sep 2018)
Impairment
Her impairment is a result of the effects of polio. She contracted the illness at age three. (Athlete, 05 Dec 2017; dumapong.com, 22 Aug 2012)
Other information
EARLY DAYS
Born in the mountain province of Ifugao in northern Philippines, she left her family at age six to attend an institution for children with an impairment in Manila, Philippines. While she says she missed her family, the move allowed her to obtain an education, meet other people with an impairment and also introduced her to sports. (dynamicchiropractic.com, 15 Jun 2016; dumapong.com, 22 Aug 2012; disabilityworld.org, 22 Sep 2002)

MUSICIAN
She performed in Germany, Japan, Belgium, and the United States of America as part of 'Rondalla on Wheels', an instrumental band composed of men and women with an impairment who all grew up in Quezon City, Philippines. (dynamicchiropractic.com, 15 Jun 2016; freedom-technology-wheelchairs.com, 22 Aug 2012)

OTHER ACTIVITIES
She has served as an athlete representative and board treasurer at the Philippine Sports Association for the Differently Abled / National Paralympic Committee of the Philippines. (globalsportsmentoring.org, 05 Jun 2018)

FURTHER EDUCATION
She has studied for a master's degree in community development at the University of the Philippines Diliman in Quezon. (Athlete, 05 Dec 2017)