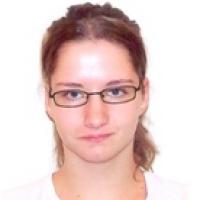 When and where did you begin this sport?
She began swimming in 2001 in Johannesburg, South Africa.
Why this sport?
"I have always liked being in the water and I wanted to do something new and exciting."
Club / Team
St Andrews Dragons: Johannesburg, RSA
Name of coach
Marike van Oort [club], from 2013