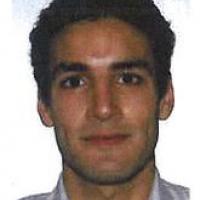 When and where did you begin this sport?
He began swimming in 2007.
Why this sport?
He gave up Australian rules football in order to pursue swimming. "It [Australian rules football] started getting rough and the sport was becoming really fast. Mentally, I was capable but physically I had to look at the reality of it all. I didn't want to be doing nothing in my life after stopping football so I took on swimming."
Club / Team
Melbourne Vicentre Swimming Club: Australia
Name of coach
Yuriy Vdovychenko [national]
Training Regime
He trains at the Australian Institute of Sport [AIS] in Canberra, ACT, Australia.

Nicknames
Liquid Nails [he chose not to use prosthetic hands when playing Australian rules football so his teammates called him Nails. When he became a swimmer they amended the nickname to Liquid Nails]. (abc.net.au, 11 Oct 2020; edmontonjournal.com, 12 Sep 2011; theage.com.au, 06 Apr 2011)
Most influential person in career
His adoptive mother Moira Kelly. (abc.net.au, 11 Oct 2020; yahoo.com, 10 Oct 2010)
Hero / Idol
His adoptive mother Moira Kelly. (abc.net.au, 11 Oct 2020, 17 Jul 2012)
Sporting philosophy / motto
"Disability - so what? I've never let my disability stop me from reaching my goals or dreams, or even being the person I want to be. People always tell me how incredible it is watching what I can do, but I thought what they could do was equally amazing. Looking different is not something to be embarrassed about. With the right support, hard work and self-belief, anything is possible." (Facebook page, 03 Dec 2020)
Famous relatives
His adoptive conjoined twin sisters Trishna and Krishna Kelly achieved global fame following their successful separation in 2009. His adoptive mother Moira is an Australian humanitarian and two-time Victorian of the Year award winner. His brother Emmanuel appeared on the Australian television talent show 'The X Factor' as a singer. (abc.net.au, 11 Oct 2020; news.com.au, 13 Sep 2011; heraldsun.com.au, 13 Sep 2011; ninemsn.com.au, 11 Apr 2011)
Ambitions
To compete at the 2020 Paralympic Games in Tokyo. (Instagram profile, 28 Jan 2021)
Impairment
He was born without the lower parts of his arms and legs. After he arrived in Australia he underwent surgery due to worsening pain in his legs. "My legs were crooked and the bones in my legs were carrying my weight. Eventually they were becoming too painful to walk on for long periods. Being able to run without pain and walk without pain was such a relief." (abc.net.au, 11 Oct 2020; disabilityinaction.com, 26 Apr 2014)
Other information
FROM IRAQ TO AUSTRALIA
He and his brother Emmanuel were both born with under-developed limbs and were abandoned as babies on the doorstep of the Mother Teresa Orphanage in Baghdad, Iraq. The brothers spent seven years at the orphanage until an Australian woman, Moira Kelly, visited the centre in 1998 and decided to take the boys back to Australia. He and Emmanuel were driven to Jordan before flying to Australia. "We were just being kids, making the most of every day and we had no idea what Australia was. I recall having fun with my brother and the nuns [at the orphanage] and I didn't think I was very different to be honest. I remember being really excited to hear we could be leaving, and then a long car trip to a new place. Having a different upbringing I think gives me a different perspective and the skills to deal with adversity. I've been very fortunate to represent Australia at the Paralympic Games [in 2012 and 2016]. I really want to represent Australia in a way to say 'thank you' to the Australian community for being able to adopt me and also helping me out medically as well. I was just very lucky, [Moira] is an amazing lady, who's so loving and caring." (abc.net.au, 11 Oct 2020; travelwithoutlimits.com.au, 01 Sep 2020; Australian Department of Home Affairs Facebook page, 23 Jan 2019; heraldsun.com.au, 27 May 2011, 18 Dec 2009; theage.com.au, 06 Apr 2011)