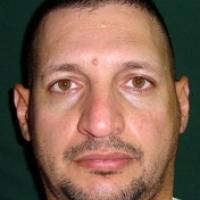 When and where did you begin this sport?
He began powerlifting at age 24 in 1996 in Baghdad, Iraq. He took a break from the sport after relocating to the United States of America in 2001, and started lifting again in 2007.
Why this sport?
He followed in the footsteps of his father Abdul, who represented the Iraq national weightlifting team. "I would see his picture and his friends, big dudes who would come to our house. He was always talking about lifting, the records he broke. It motivated me to start lifting weights."
Name of coach
Mary Hodge [national]

Nicknames
Brando (Facebook profile, 09 Feb 2019)
Hobbies
Playing the piano, flying drones. (Athlete, 11 Jul 2019)
Memorable sporting achievement
Winning silver in the combined 88kg and 97kg category at the 2019 Parapan American Games in Lima, Peru. (teamusa.org, 31 Aug 2019)
Most influential person in career
His father Abdul. (Athlete, 11 Jul 2019)
Hero / Idol
Soviet weightlifter Vasily Alekseyev. (Athlete, 11 Jul 2019)
Famous relatives
His father Abdul was a member of the Iraq national weightlifting team. (teamusa.org, 29 Jul 2016)
Impairment
He has an impairment to his legs as the result of the effects of polio, which he contracted as a child in Iraq. (usatoday.com, 13 Sep 2016; teamusa.org, 24 Aug 2016)
Other information
MOVE TO THE UNITED STATES OF AMERICA
Born in Baghdad, Iraq, he moved to the United States of America in 2001 after the United Nations helped him to get refugee status. He completed a degree in electronic engineering at Pima Community College in Tucson, Arizona, while also working at a golf resort. In 2007 he gained US citizenship and enlisted in the US Army as a translator due to his knowledge of both English and Arabic. He served as a soldier for more than 10 years in total, which included three years working as a linguist in Iraq. "I felt [joining the US Army] was the least I could do. The country had given me freedom and shelter." (timesofisrael.com, 16 Sep 2016; teamusa.org, 14 Jul 2015; Athlete, 08 Feb 2012)

REPRESENTING THE UNITED STATES
He began representing the United States of America after becoming a US citizen in 2007. He had first moved to the country in 2001 and was granted refugee status in 2001. He previously competed for Iraq, including at the 1998 World Championships in Dubai, United Arab Emirates. "From 1998 to 2007, I didn't do anything. I didn't lift. I didn't work out. I started competing for Team USA and since then I've had a ton of great results." (teamusa.org, 31 Aug 2019, 14 Jul 2015)