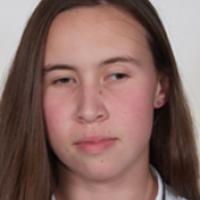 When and where did you begin this sport?
She began the sport at age 11 in Warkworth, New Zealand, but did not swim competitively until 2009.
Why this sport?
"Originally, I swam to improve fitness and for enjoyment. Then found that competitions, being in a team/club and seeing results from training was exciting and decided to take it seriously."

MUSICAL TALENT
She is a talented musician with a variety of instruments, and has led the New Zealand Symphony Orchestra in concert. (auckland.ac.nz, 22 May 2014)

SWIMMING RETIREMENT
Following the 2012 Paralympic Games in London she decided to retire from competitive swimming in order to focus on a career in music. (stuff.co.nz, 25 Oct 2012)