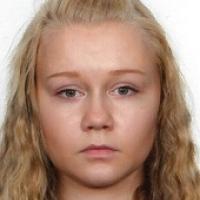 When and where did you begin this sport?
She took up Para athletics in 2016.
Club / Team
HIFK: Finland
Name of coach
Maarit Kurki [national], FIN

Other sports
She has played wheelchair rugby at international level, and also practised wheelchair fencing. Prior to her accident she was involved in baseball and diving. She competed in her first international Para table tennis tournament at the 2018 Spanish Open in Barcelona. (Facebook profile, 07 Jun 2018; Instagram profile, 10 Apr 2017; yle.fi, 15 Aug 2016)
Ambitions
To compete at the 2020 Paralympic Games in Tokyo. (yle.fi, 15 Aug 2016)
Impairment
Previously a diver, she has quadriplegia as the result of a training accident in December 2012. She was jumping from a platform onto a net and foam padding but landed at a bad angle, breaking her sixth and seventh vertebrae. (yle.fi, 15 Aug 2016)