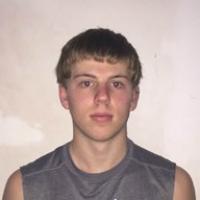 When and where did you begin this sport?
He took up the sport at the 2011 Thunder In The Valley Games at the Saginaw Valley State University in University Center, MI, United States of America.
Why this sport?
US Paralympian Jerome Singleton convinced him to take up Para athletics. "He [Singleton] was so positive about it and all of the opportunities and great feelings about being on Team USA."
Club / Team
University of Mount Union Purple Raiders: Alliance, OH, USA
Name of coach
Kevin Lucas [club]

He received the 2016 National High School Spirit of Sport Award from the National Federation of State High School Associations in the United States of America. (13abc.com, 14 Mar 2016)

In 2014 he was named Male Track High School Athlete of the Year and a High School All American by the US Paralympic Committee. In the same year he received the Mark 'Doc' Andrews Rising Star Award from the Athletes with Disabilities Network [ADN] and was named the Youth Para-Athlete of the Year by USA Track and Field [USATF]. (adnpage.com, 01 Dec 2014; sent-trib.com, 25 Aug 2014; usatf.org, 12 Apr 2014)
Other sports
He has competed in Para swimming and took part in the 50m backstroke and freestyle at the 2011 national championships in the United States of America. He took up ice sledge hockey in 2013 and qualified for a place on the US national development squad ahead of the 2014/15 season. He has also played American football at high school level. (sent-trib.com, 25 Aug 2014; bcsn.tv, 21 Sep 2014; usahockey.com, 01 Sep 2014; valleycentral.com, 13 Jul 2011; teamusa.org, 21 Jun 2015)
Ambitions
To compete at the 2020 Paralympic Games in Tokyo. (athletics.mountunion.edu, 25 Jan 2019)
Impairment
He was born with fibular hemimelia, a rare condition in which neither of his legs has a fibula. At age 10 months his parents chose to have his legs amputated above the ankle rather than have a series of operations. He was fitted for prostheses soon after his first birthday. Growing up he had new prostheses about every 18 months, depending on growth spurts. (azcentral.com, 23 Jul 2012; entergy.com, 08 Aug 2011; infostreamusa.com, 16 Aug 2010)