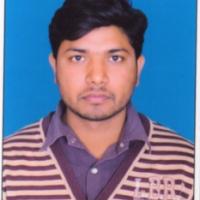 When and where did you begin this sport?
He took up the sport in 2008 in Baghpat, India.
Why this sport?
"A family member introduced me to shooting, and I was hooked."
Club / Team
One Target Shooting Academy [IND] / Purnatva Academy of Sports Shooting [IND]:
Name of coach
Vipin Dangi [One Target]; JP Nautiyal [national]; Subhash Rana [national]

Most influential person in career
His father. "My father was poor, and we had no money, but he did his best to support my interest in shooting." (thebridge.in, 30 Aug 2019)
Awards and honours
In 2021 he was presented the Laxman Award by the state government of Uttar Pradesh in India. (Twitter profile, 28 Mar 2021; livehindustan.com, 24 Jan 2021)
Impairment
His impairment is the result of the effects of polio, which he contracted at age one. "I suffered a polio attack when I was less than two years old and was left disabled in one foot." (thebridge.in, 30 Aug 2019)
Other information
COACH'S SUPPORT
He has taken up part-time jobs to support his family while pursuing the sport. He credits coach Subhash Rana, who has offered him financial assistance. "My fellow Para shooters from Haryana won cash awards for their performances [at the 2019 World Cup event in Osijek, Croatia] but my state, Uttar Pradesh, does not offer any support or reward. As a result I've been forced to take up odd jobs to support my children and my parents. I am grateful to my coach Subhash Rana, for helping me financially." (thebridge.in, 30 Aug 2019)