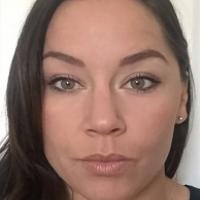 When and where did you begin this sport?
She first tried Para skiing in 2002, but had always been a keen skier and snowboarder prior to her accident. She began competing seriously in Para skiing soon after the 2008 Paralympic Games in Beijing, where she competed in wheelchair basketball.
Why this sport?
She was offered a grant by the Santa Fe Ski Resort in New Mexico, United States of America, that allowed her to learn Para skiing. She was inspired to start competing after watching the 2006 Paralympic Winter Games in Turin.

Hobbies
Going out for coffee with friends, surfing, underwater diving. (ymcdn.com, 06 Sep 2016; padi.com, 09 Oct 2017)
Hero / Idol
US wheelchair basketball player Patti Cisneros, US surfer Kelly Slater. (grindtv.com, 21 Nov 2016; teamusa.org, 2016)
Injuries
She was knocked unconscious and required stitches in her chin after crashing during the alpine skiing super-G sitting event at the 2014 Paralympic Winter Games in Sochi. She recovered in time to compete in the giant slalom sitting event at the Games. (SportsDeskOnline, 16 Mar 2014; al.com, 11 Mar 2014)

In June 2013 she dislocated her right shoulder and broke both of her ankles after crashing into a boulder while skiing at Mount Hood, OR, United States of America. She underwent shoulder surgery and returned to training on the snow in November 2013. (espn.com, 24 Sep 2015; uanews.arizona.edu, 17 Mar 2014)
Sporting philosophy / motto
"Do the best you can with what you have." (ymcdn.com, 06 Sep 2016)
Awards and honours
In 2011 she was named Sportswoman of the Year in Colorado, United States of America. (denverpost.com, 13 Mar 2011)

ADAPTIVE SURFING
She is aiming to raise the profile of adaptive surfing and help get it added to the sports programme of the 2024 Paralympic Games in Paris. "I'm focused on helping surfing's governing bodies figure out adaptive surfing for themselves and helping others get out there in the surf. My M.O. is to raise as much awareness for adaptive surfing as I can. That way, when the time comes to choose the sports for 2024, we'll be ready as a sport." (grindtv.com, 21 Nov 2016)

OTHER STUDIES
She studied a master's degree in kinesiology at University of Alabama in Tuscaloosa, AL, United States of America. (teamusa.org, May 2016)