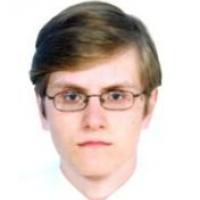 When and where did you begin this sport?
He began the sport in 2000 in St. Petersburg, Russian Federation.
Why this sport?
His grandmother introduced him to the sport, and he enjoyed working with his first coach Vladislav Kustov.

EARLY DAYS
He lived in a small apartment with his mother and retired grandmother, and became the main source of income for the family when he began receiving sponsorship as an athlete. (vvpress.ru, 22 Aug 2012)