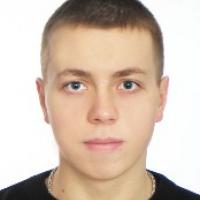 When and where did you begin this sport?
He took up the sport at age 10 in Shakhty, Russian Federation.
Club / Team
Ufa Sports School of Olympic Reserve No.18: Russia
Name of coach
Igor Tveryakov, RUS

Nicknames
Sasha (shakhty-media.ru, 08 Oct 2012)
Sporting philosophy / motto
"The most important thing is to have a goal in life. I know many people who sit at home and perish within four walls. But once you achieve success you will be proud of yourself, and pride is a very strong feeling." (ufa.kp.ru, 17 Sep 2012)
Awards and honours
He holds the title of Honoured Master of Sport in the Russian Federation. (fss.org.ru, 28 Dec 2015)

He has been given the 75 Years of the Rostov Region memorial medal during his career. (shakhty-media.ru, 08 Oct 2012)
Impairment
He as 10% vision in his right eye and 3% vision in his left eye. He began to lose his vision at age 16. The complicated operation he needed on his retinas was not available in the Rostov region of Russia where his family lived, so he had the operation performed at a clinic in Volgograd. His grandmother and mother financed the operation, which meant he kept part of his vision. (brsbs.ru, 2012)
Other information
DOUBLE TAKE
His two-part family name is unusual in Russian culture. His great great grandfather, whose family name was Nevolin, moved to the Rostov region before the Russian revolution. He married a woman named Svetova, and the couple went by the name Nevolin-Svetov. (ufa.kp.ru, 17 Sep 2012)