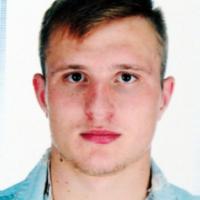 When and where did you begin this sport?
He began the sport in 2013 in Moscow, Russian Federation.
Why this sport?
His high school hosted a 'health day' event where he met coach Irina Gromova, who invited him to try Para biathlon and Para skiing. Although he was playing football at the time, he decided to try the sports.
Club / Team
Vorobyovy Gory: Moscow, RUS
Name of coach
Irina Gromova [national], RUS; Dmitry Gromov, RUS

He received the Order of Friendship in the Russian Federation, in recognition of his performance at the 2014 Paralympic Winter Games in Sochi. (kremlin.ru, 17 Mar 2014)
Other sports
He competed in both cross-country skiing and biathlon at the 2014 Paralympic Winter Games in Sochi. (SportsDeskOnline, 16 Mar 2014)
Impairment
At age six he was involved in an accident with electricity, and as a result both his hands were amputated. (pravda-news.ru, 31 Oct 2013; rezeptsport.ru, 01 Aug 2018)