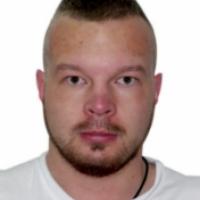 When and where did you begin this sport?
He began skiing in 1998 in Belokurikha, Russian Federation. At age 11 he won two medals at the senior Russian championships in Para alpine skiing. Two years later, he became a member of the Russian national team.
Why this sport?
His father introduced him to the sport as his parents wanted him to find a fun physical activity and meet new friends.
Club / Team
Novosibirsk Centre of Supreme Sports Skill [RUS] / Altai Regional Sports Club [RUS]:
Name of coach
Evgeny Vetrov [father], RUS, from 1998

He took part in the 2014 Olympic Winter Games Torch Relay, carrying the flame in Barnaul, Russian Federation. (asfera.info, 07 Oct 2013)
Famous relatives
His coach is his father Evgeny, who is a former Master of Sport and Russian national championship medallist in skiing. (ski.ru, 16 Apr 2009)
Ambitions
To win a medal at the 2018 Paralympic Winter Games in Pyeongchang. (Athlete, 10 Dec 2017)
Impairment
He has been impaired since birth. (Athlete, 14 Mar 2014)
Other information
FURTHER STUDIES
He has followed master's studies in public administration at the Russian Presidential Academy of National Economy and Public Administration in Barnaul, Russian Federation. (Athlete, 10 Dec 2017)

TOO YOUNG FOR VANCOUVER
At age 14, he was a candidate to take part in the 2010 Paralympic Winter Games in Vancouver but was not eligible because of the age limit [15] in Para alpine skiing. (chslovo.com, 08 May 2013)