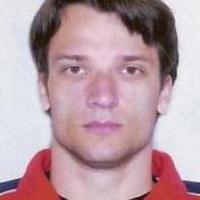 When and where did you begin this sport?
He took up the sport in 2007 in Cheboksary, Russian Federation.
Why this sport?
After winning world titles in arm wrestling, he decided to switch to athletics in order to become a Paralympic champion.
Club / Team
Leader: Voskresensk, RUS
Name of coach
Albert Kalin [personal], RUS, from 2007; Natalia Baranova [personal], RUS

In recognition of his performance at the 2012 Paralympic Games in London, he received the Order for Merit to the Fatherland [second grade] in the Russian Federation. (kremlin.ru, 10 Sep 2012)

He was named the 2012 Person of the Year in Voskresensk, Russian Federation. (news.voskresensk-gis.ru, 31 Dec 2012)

He has received the title of Honoured Master of Sport in the Russian Federation. (minsport.gov.ru, 25 Dec 2020)
Famous relatives
He is a former world champion in arm wrestling and a national champion in wheelchair basketball. (sportbox.ru, 20 Aug 2012)
Ambitions
To win gold at the Paralympic Games, and to set a new world record. (Athlete, 28 Feb 2021)
Impairment
He suffered spinal trauma after falling from the fifth floor of a building at age five. (trud.ru, 06 Sep 2012)
Other information
FURTHER EDUCATION
He studied philology at the International Independent University of Environmental and Political Sciences in Moscow, Russian Federation, and sports management at Moscow State University. (Athlete, 05 Oct 2015)