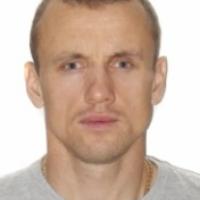 When and where did you begin this sport?
He took up athletics at age 25 in Irkutsk, Russian Federation.
Why this sport?
He competed at a local factory's sports day and was noticed by an athletics coach there.
Club / Team
Ufa Sports School of Olympic Reserve No.7: Russia
Name of coach
Sergey Bulygin [personal], RUS; Pyotr Buylov [national, personal], RUS

Hobbies
Spending time with family. (Athlete, 07 May 2020)
Memorable sporting achievement
Winning two gold medals at the 2012 Paralympic Games in London. (Athlete, 07 May 2020)
Most influential person in career
His physical education teacher at school, Vladimir Kozma. (Athlete, 08 May 2020)
Hero / Idol
US basketball player LeBron James, Swiss tennis player Roger Federer, Russian ice hockey player Pavel Datsyuk, Russian mixed martial artist Fedor Emelianenko. (Athlete, 08 May 2020)
Sporting philosophy / motto
"It's not important where we are but which direction we go to!" (VK profile, 30 May 2016)
Awards and honours
He carried the Paralympic flame in Ufa as the relay made its way through the Russian Federation ahead of the 2014 Paralympic Winter Games in Sochi. (ufa.kp.ru, 20 Dec 2013)

He holds the title of Honoured Master of Sport in the Russian Federation. (minsport.gov.ru, 30 Dec 2019)
Ambitions
To compete at the 2020 Paralympic Games in Tokyo. (Athlete, 02 May 2020)
Impairment
In 1982 he was accidentally hit on the head by an axe. (UTV Youtube channel, 31 May 2015)
Other information
REMEMBERING HIS COACH
He dedicated his performance at the 2012 Paralympic Games in London to his former coach Vladimir Protasov, who died in 2010. (irk.kp.ru, 21 Sep 2012)