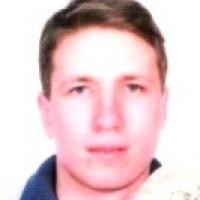 When and where did you begin this sport?
He began training in 2005 in Voronezh, Russia.
Why this sport?
He initially began running until the athletics coach Oleg Kostyuchenko invited him to the national championships and entered him in shot put, which he had never done before. He won a bronze medal in the event, and six months later he became Russian champion.
Club / Team
Voronezh Regional Centre of Sports Preparation: Russia
Name of coach
Oleg Kostyuchenko, from 2005; Mikhail Oganezov, RUS

He carried the Paralympic torch as the relay made its way through Russia ahead of the 2014 Paralympic Winter Games in Sochi. (VK profile, 17 Jul 2014)
Ambitions
To win a medal at the 2015 World Championships in Doha, Qatar. (Athlete, 05 Oct 2015)