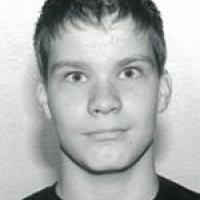 When and where did you begin this sport?
He took up the sport in year five of high school.
Why this sport?
Finnish Paralympic javelin thrower Markku Niinimaki introduced the sport to him during a visit to his school.
Club / Team
Espoon Tapiot: Finland
Name of coach
Kimmo Kinnunen [national], FIN; Markku Niinimaki [personal], FIN

Hero / Idol
US extreme wheelchair athlete Aaron Fotheringham. (hs.fi, 24 May 2015)
Sporting philosophy / motto
"The restrictions are only in your own head." (hs.fi, 24 May 2015)
Awards and honours
He was named the 2012 Best Athlete with an Impairment of the Year in Porvoo, Finland. (uusimaa.fi, 06 Feb 2014)
Impairment
Both his legs have been non-functional since birth. (tv1.yle.fi, 19 Feb 2012)
Other information
WEBSITE
He created the website 'Team Finnish Power [TFP]' with national teammate Henry Manni. They post videos of themselves performing stunts and tricks with their wheelchairs. (tfp.fi, 14 Mar 2016)