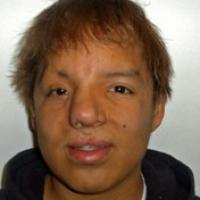 Hobbies
He plays the drums in a band with his friends and also enjoys listening to music and playing video games. (US Paralympics, 02 Mar 2010)
Impairment
He was born missing his right leg and most of his left arm. He uses a prosthetic leg. (World Swimming Magazine, 02 Mar 2010; royalpurplenews.com, 16 Feb 2011)
Other information
COMING TO AMERICA
He was born in Panama. He came to the United States when he was adopted at the age of four. (royalpurplenews.com, 16 Feb 2011)