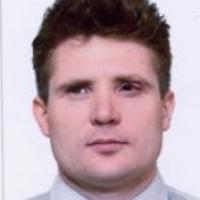 When and where did you begin this sport?
He began training professionally in 2006 in Volgograd, Russian Federation.
Why this sport?
The chairman of the Society for the Blind in the Volgograd region of Russia called him and offered him the chance to try different sports. He went to the pool and got acquainted with coach Oleg Zhidko, who encouraged him to take up swimming seriously.
Club / Team
Volgograd Regional Centre of Adaptive Sports Preparation: Russia
Name of coach
Oleg Zhidko, RUS

He holds the title of Honoured Master of Sport in the Russian Federation. (fss.org.ru, 28 Dec 2015)

For his performance at the 2008 Paralympic Games in Beijing, he was awarded the Order for Merits to the Fatherland [second grade] by the president of Russia. (rg.ru, 03 Dec 2009)
Impairment
He lost his sight in one eye at age five, and became completely blind at age 21. (vdv-s.ru, 05 Sep 2008)