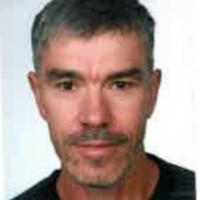 When and where did you begin this sport?
He took up able-bodied cross-country skiing in 1977, and got involved in biathlon eight years later. He began Para Nordic skiing in 2017 in Freiburg, Germany.
Why this sport?
He liked the sport and wanted to start from scratch by himself.
Club / Team
SV Kirchzarten: Germany
Name of coach
Ralf Rombach [national], GER; Michael Huhn, GER, from 2017