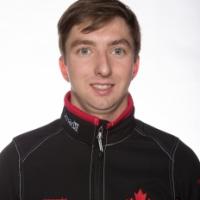 When and where did you begin this sport?
He began competitive swimming at age seven. He then took three years away to pursue football before returning to the pool. The 2013 Provincial Championships in Nepean, ON, Canada, was his first major competition as a classified Para swimmer.
Why this sport?
He applied for classification as a Para swimmer in December 2012 because his coaches felt he had the potential to do well. He admitted that being classified affected his confidence, after previously competing against able-bodied opponents. "At the beginning it kind of got me down mentally because I thought, 'Oh, I'm a Para swimmer.' I thought that all of a sudden I couldn't go as fast as these other [able-bodied] guys, even though I was keeping up with them and even beating some of them."
Club / Team
Region of Waterloo Swim Club: Kitchener, ON, CAN
Name of coach
Hans Witolla [club], CAN; Vince Mikuska [national], CAN

Hobbies
Snowboarding. (swimming.ca, 13 Aug 2018)
Memorable sporting achievement
Beating multiple Paralympic medallist Benoit Huot for gold in the 50m butterfly at the 2013 Can-Am Championships in Edmonton, AB, Canada. (swimming.ca, 01 Aug 2014)
Awards and honours
In 2014 he won the Gus Ryder Trophy for Male Para Athlete of the Year in Ontario, Canada. (swimontario.com, 10 June 2014)
Impairment
He was born with syndactyly, a condition which caused the third and fourth finger on his right hand to be fused. He also has a smaller pinkie finger on his left hand, fused toes and overall smaller hands and feet. (flamboroughreview.com, 15 Aug 2015; thecord.ca, 15 Jun 2016)