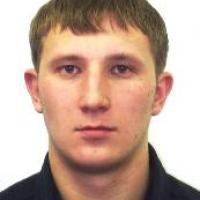 When and where did you begin this sport?
He began the sport in 2006 in the Russian Federation.
Why this sport?
He says he was "born to be an athlete".
Club / Team
Khimki Sports School [RUS] / Blago Physical Education and Sports Club for the Impaired [RUS]:
Name of coach
Alexander Belyaev [personal], RUS