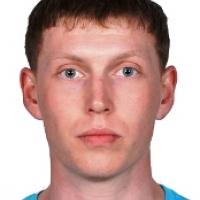 When and where did you begin this sport?
He began athletics at age 13.
Club / Team
Leonid Moseyev Specialised Youth Sports School of Olympic Reserve : Chelyabinsk, RUS
Name of coach
Victor Slobodchikov, RUS

Most influential person in career
His first coach, Sergey Nazarov. (chrab.chel.su, 30 Sep 2008)
Awards and honours
He holds the title of Honoured Master of Sport in Russia. (paralymp.ru, 07 Jul 2015)

For his performance at the 2012 Paralympic Games in London, he was awarded the Order for Merits to the Fatherland [second grade] by the president of Russia. (kremlin.ru, 10 Sep 2012)
Other information
SANCTION
He was suspended for nine months in 2015 after testing positive for cannabinoids [marijuana] after competing at the Grand Prix in Berlin, Germany. The period of suspension was from 06 August 2015 to 05 May 2016. (paralympic.org, 17 Nov 2015)