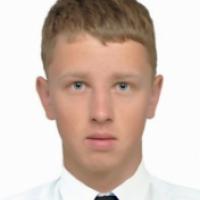 When and where did you begin this sport?
He began the sport in 2003 at age five in Yelizovo, Russian Federation. After the amputation of his left arm in 2007, he returned to skiing three years later.
Club / Team
Youth Adaptive Sports School in Paralympic Sports: Yelizovo, RUS
Name of coach
Sergey Didenko [personal], RUS, from 2011; Victor Martynenko [personal], RUS, from 2011