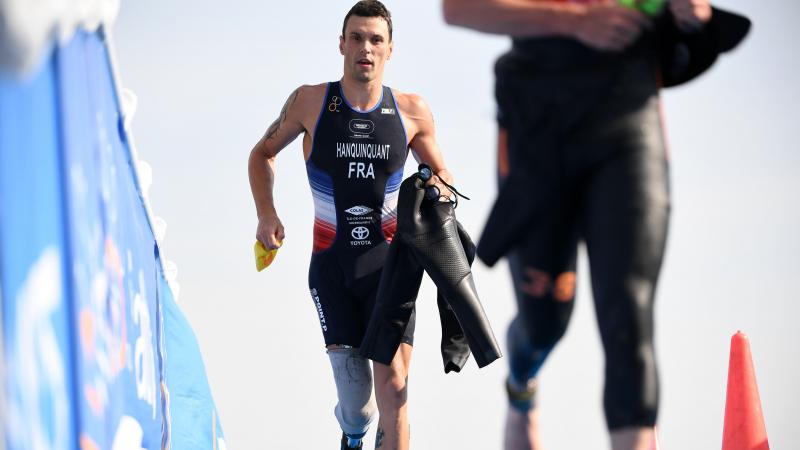 Alexis Hanquinquant is going for his Paralympic debut in triathlon after just missing out on Rio 2016.

The three-time world champion can make it four in Lausanne, Switzerland, and there is plenty of reason why he is the heavy favourite in the men’s PTS4.

Hanquinquant has won all four of the 2019 World Series he has competed in so far. It was a strong way to follow up on his gold medal from the 2018 Worlds in Gold Coast, Australia.

The French athlete burst onto the scene in 2016. His first International Triathlon Union (ITU) race came too late in the qualification process for the sport’s Paralympic debut in Rio de Janeiro.

But it was the beginning of his rise to the top. At the 2016 Para Triathlon World Championships, he competed in an open class and won.

Those World Championships were only his third ITU event; his first was a World Para Triathlon Event in Strathclyde, Great Britain, where he finished seventh. But the Frenchman showed quick improvement at the next WPE competition on his home course in Besancon, where he just missed out on the podium.

In 2010, Hanquinquant was involved in a work accident. After several surgeries, his right leg could not be saved and it was amputated below the knee in 2013. Prior to his accident, Hanquinquant was very active, with basketball being his main sport since youth. 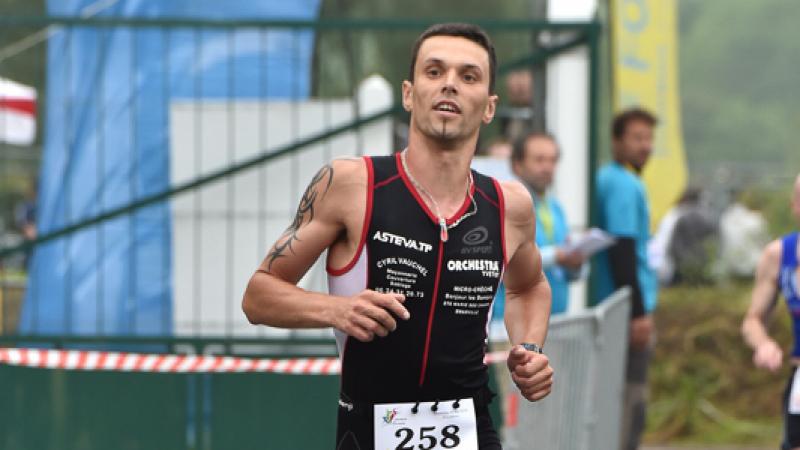