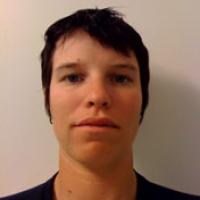 When and where did you begin this sport?
She took up competitive cycling at age 14.
Why this sport?
"In 1998 the Para cycling world championships were in Colorado Springs. I lived a stone's throw away. My mum brought me down to the races. I told her, 'this is what I want to do'. I learned to ride a track bike before I learned to ride a road bike."
Name of coach
Simon Bennett [national], AUS