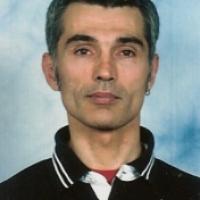 When and where did you begin this sport?
He took up the sport in 1986 at the ASPEA Padova club in Italy.
Why this sport?
He began swimming in 1986 and next to the pool was an athletics track. He saw some friends training and decided to give it a try. He practised both sports for a while, but eventually stopped swimming in order to focus on athletics as he enjoyed being outdoors.
Club / Team
Aspea Padova: Italy

Most influential person in career
Italian Paralympic Committee official Ruggero Vilnai. (Athlete, 15 Jul 2013)
Hero / Idol
Ethiopian marathon runner Abebe Bikila. (Athlete, 15 Jul 2013)
Sporting philosophy / motto
"Don't give up. There are a lot special moments waiting for us. It just takes a little courage to look for them." (gazzetta.it, 13 Nov 2014)
Awards and honours
He brought the Italian flag into the stadium during the opening ceremony of the 2006 Paralympic Winter Games in Turin. He delivered it to a group of soldiers who carried out the flag-raising. (nprugby.it, 17 Nov 2011)