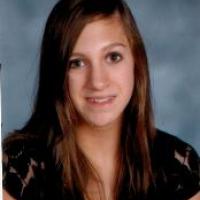 When and where did you begin this sport?
She began para-swimming in 2008 at the Great Lakes Adaptive Sports Association [GLASA] in Naperville, IL, United States of America.
Why this sport?
She was encouraged to try the sport by coach Glen O'Sullivan. Once she started, she found that she felt free in the water because she did not have to wear braces and was not sitting in a chair.

Hobbies
Socialising with friends, cooking, travelling, listening to music. (teamusa.org, 15 Sep 2016)
Most influential person in career
Her parents, and coach Glen O'Sullivan. (Athlete, 30 Oct 2011; inspiremechicago.com, 26 Aug 2010)
Hero / Idol
US swimmer Katie Ledecky. (napervillemagazine.com, 01 Nov 2016)
Superstitions / Rituals / Beliefs
She has a lucky orange towel. (Athlete, 30 Oct 2011)
Sporting philosophy / motto
"Go hard or go home." (Athlete, 30 Oct 2011)
Awards and honours
She was named the Inspirational Athlete of 2014 by the Greater Chicago Division of the March of Dimes in the United States of America. (swimswam.com, 29 Dec 2013)
Impairment
She was born with arthrogryposis, which affects the use of joints and muscles. (teamusa.org, 2015)