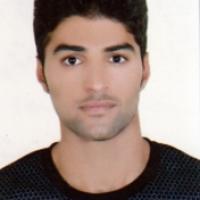 When and where did you begin this sport?
He took up Para athletics in 2014 in Khorramabad, Islamic Republic of Iran.
Why this sport?
He found the sport exciting.
Club / Team
Lorestan Province : Iran
Name of coach
Mostafa Bahrami, IRI

Hobbies
Watching films. (Athlete, 24 Nov 2019)
Memorable sporting achievement
Winning a gold medal in the F57 javelin throw at the 2017 World Championships in London, England. (Athlete, 24 Nov 2019)
Most influential person in career
Coach Mostafa Bahrami. (Athlete, 24 Nov 2019)
Hero / Idol
Iranian Para javelin thrower Mohammad Khalvandi. (Athlete, 24 Nov 2019)
Sporting philosophy / motto
"Train to get elite performance." (Athlete, 23 Jul 2017)
Ambitions
To win gold with a throw of at least 49m at the 2020 Paralympic Games in Tokyo. (bayanema.ir, 19 Jan 2021)
Impairment
His impairment is a result of the effects of polio. (Athlete, 23 Jul 2017)
Other information
BORROWED JAVELIN
He practised with a borrowed javelin for the 2019 World Championships in Dubai, United Arab Emirates, where he eventually won a silver medal. He has been affected by a lack of training equipment since his preparations for the 2018 Asian Para Games in Indonesia, where he also won silver. "I have repeatedly asked [Iranian] officials to provide me with a standard javelin to practise with. Before I was sent to Dubai, I had to practise with a javelin I received from friends. [In Dubai] I noticed that my Brazilian rival [Cicero Valdiran], who won the gold medal, had trained with four standard javelins. At one point I asked him to lend me a javelin to throw, and he reluctantly agreed. When I threw the Brazilian athlete's javelin, I realised the difference. Despite being deprived of a standard javelin in the competition, I was still able to win the runner-up title. I am very satisfied with my performance in the 2019 World Championships, but with the conditions I have, I have to work harder to be able to win medals for my country." (irna.ir, 16 Dec 2019; mizanonline.com, 15 Nov 2019; bayanema.ir, 19 Jan 2021)