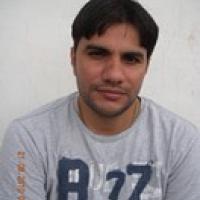 When and where did you begin this sport?
He took up Para athletics in 2009 in India.
Why this sport?
He was a hockey player in his early 20s. He initially got involved in Para sport through wheelchair rugby following his accident. He tried athletics in 2009 and discovered he enjoyed competing by himself. "I loved rugby, but the overall performance depends on the team."

In 2013 he received the Arjuna Award from the Ministry of Youth Affairs and Sports in India. (indusind.com, 24 Jun 2018)
Other sports
Prior to his accident he played hockey at national level in India. (timesofindia.indiatimes.com, 06 Sep 2016)
Ambitions
To win gold at the 2020 Paralympic Games in Tokyo. (timesofindia.indiatimes.com, 01 Jul 2019)
Impairment
He has quadriplegia as the result of a road accident in 2007. He is paralysed from the waist down, and has reduced strength in his arms and hands. (timesofindia.indiatimes.com, 01 Jul 2019; thesalute.in, 29 Oct 2014)
Other information
MISTAKEN IDENTITY
In July 2018 a publication mistakenly used his photo and his name in a report on another athlete who had failed a drug test. The original story was about able-bodied javelin thrower Amit Kumar, who was provisionally suspended by the Athletics Federation of India after testing positive for excessive levels of testosterone during a trip to Finland. However, the publication used the name and photo of Amit Kumar, the Para athlete, who competes in club throw and discus throw. "I was very disturbed when I first saw [the report], it is a very negative story after all. People who look up my name on Google will see this among the first stories. I have been told that they are working on taking the story down [speaking in mid-2018] and removing it from caches as well. If it happens, it will be good. Because otherwise when anyone searches for Amit Saroha, this false story will pop up and not all people know whether I am a Paralympian or a javelin thrower." (scroll.in, 09 Aug 2018)

COMIC STAR
In 2020 he was one of four Indian athletes to have their sporting career depicted in a series of graphic comics produced by the GoSports Foundation in India. He featured alongside badminton player Kidambi Srikanth, table tennis player Sathiyan Gnanasekaran and gymnast Dipa Karmakar. The comics were intended to celebrate the athletes' achievements and grow their profiles. "All athletes go through a lot of struggle and publishing it in this way will help spread the word to a wider audience. GoSports Foundation has done something truly unique and we are all pleasantly surprised that our achievements have been highlighted in this wonderful new way. This will be motivational for everyone, children as well as emerging Para athletes. For kids particularly, this is a great mix of entertainment and inspiration." (thebridge.in, 17 Sep 2020)