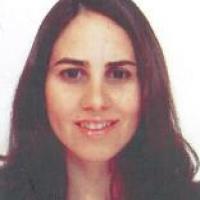 Why this sport?
She took up swimming upon recommendation by a doctor, who said it would help her both physically and mentally overcome her damaged vision. Initially she said she did not like swimming, but after experiencing the thrill of competition she was hooked.

Hobbies
Spending time with friends and dancing. (hiecosa.com, 13 May 2010)
Awards and honours
In 2004 she was elected [by fellow athletes] to the IPC Athletes Committee. (al-agua.net, 27 Sep 2004)
Impairment
Glaucoma left her with limited vision. (paralimpicos.sportec.es, 01 Aug 2008)
Other information
OCCUPATION
She is an early childhood teacher, focussing on educational tools and aids for visually impaired children. (paralimpicos.sportec.es, 01 Aug 2008)