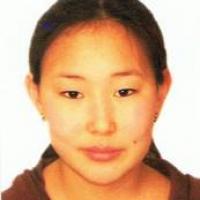 When and where did you begin this sport?
She began swimming in 2003 in Moscow, Russian Federation.
Why this sport?
Her mother took her to a rehabilitation centre with a swimming pool to improve her physical condition. She took part in a local competition and was spotted by a swimming coach.
Club / Team
Youth of Moscow: Russia
Name of coach
Natalia Stepanova [personal], RUS, from 2003

She received the Order for Merit to the Fatherland [second grade] in the Russian Federation in recognition of her performance at the 2008 Paralympic Games in Beijing. (kremlin.ru, 30 Sep 2009)
Famous relatives
Her father Alexey Diodorov has been awarded the title of Master of Sport of International Class in freestyle wrestling. (zhivusportom.rf, 01 Mar 2019)
Ambitions
To win gold at the Paralympic Games. (Athlete, 14 Aug 2019)
Impairment
At age three she entered an electrical substation and received an electric shock, which resulted in the amputation of both of her arms. (zhivusportom.rf, 01 Mar 2019)
Other information
FUTURE PLANS
When she retires from competing, she plans to open a Para sports club to help children with an impairment to get involved in sport. "It was always interesting for me to share my experience with other people. I hold master classes but, when I began to teach seriously, I realised that the children do not make progress immediately and it takes a longer period to achieve results. You need to be repeating the same things for a month or two and, then, everything suddenly turns out as it should. I also want to engage children in rehabilitation and it will not only be focused on swimming. I want to incorporate a variety of sports." (Athlete, 14 Aug 2019; zhivusportom.rf, 01 Mar 2019)

NAME CHANGE
She was named Evdokia at birth, but her mother Lyudmila said she started to call herself different names including Nastya. At age two-and-a-half her parents changed her name to Anastasia, for which Nastya is a nickname. (kp.ru, 07 Apr 2004)