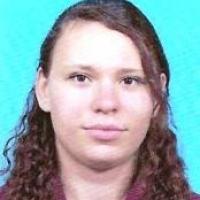 Why this sport?
Someone from the local society for people with impairments suggested that she try athletics, so she talked about it with her mother and decided to begin training.
Name of coach
Tatiana Shchepetilnikova
Coach from which country?
Russia

For her achievement at the 2012 Paralympic Games in London, she was awarded the Order of Friendship by the Russian Federation president Vladimir Putin at the Kremlin. (consultant.ru, 10 Sep 2012)

In 2012 she was awarded the Order of Salavat Yulaev by the government of the Republic of Bashkortostan. (bashinform.ru, 22 Nov 2012)

In 2012 she received the Award of the Ministry of Russian Sports for the display of patriotism in competitions. (proural.info, 29 Dec 2012)
Other information
MATERNITY LEAVE
She did not compete in 2013 due to the birth of her son. (mgazeta.com, 20 Dec 2013)