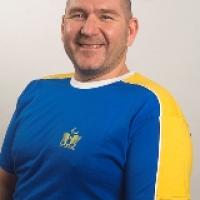 Why this sport?
He switched from Para swimming to Para biathlon because he wanted to take on a new challenge.
Club / Team
Deje SS: Sweden

He had surgery on his right shoulder due to ligament damage in September 2012. (andersolsson.se, 15 Jan 2013)