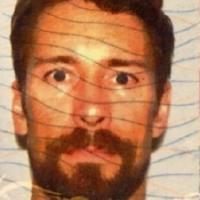 When and where did you begin this sport?
He took up the sport in 2018.
Why this sport?
He decided to try Para snowboard after discovering his triathlon category would not be included in the programme for the 2020 Paralympic Games in Tokyo.
Club / Team
Team PossAbilities: Loma Linda, CA, USA

Sporting philosophy / motto
"I had it in my head that I had to turn this [his impairment] into an advantage for me. That was my motto." (globoesporte.globo.com, 25 Jun 2017)
Other sports
He represented Brazil in Para triathlon at four consecutive editions of the world championships between 2015 and 2018. He has also competed in adaptive surfing competitions in the United States of America. (SportsDeskOnline, 27 Jan 2019; teampossibilities.org, 12 Oct 2018, 18 Sep 2018)
Ambitions
To compete at the 2022 Paralympic Winter Games in Beijing. (teampossabilities.org, 29 Oct 2018)
Impairment
In 2011 he broke the femur bone in his left leg after crashing while snowboarding at Mammoth Mountain in California, United States of America. He lost a substantial amount of blood and required four operations in five days to rebuild his leg. However, doctors then concluded there was no sensitivity from the knee down and the only choice was amputation. (triathlon.org, 01 Sep 2018; surftotal.com, 29 Nov 2013)
Other information
RETURN TO SNOWBOARD
After his accident, he began surfing again as soon as he was able and then took up swimming before moving on to Para triathlon. He represented Brazil at the Para triathlon world championships and just missed out on a spot to compete in the sport at the 2016 Paralympic Games in Rio de Janeiro. In 2018 he discovered his triathlon category would not feature at the 2020 Games in Tokyo, so he contacted the Brazilian Snow Sports Federation [CBDN] about taking up Para snowboard. "It's no surprise that I'm coming back to snowboarding, a sport I love so much and that cost me my leg. I have been back to the mountain where it happened, for closure, and it was a beautiful, very emotional trip. There are no traumas from the accident. The tough part for me is breaking the news to my parents. I hope they accept it, knowing this is something I love. Everything in life is risky. We're here today and we may not be here tomorrow. So let's do what makes us happy." (napavalleyregister.com, 06 Mar 2020; teampossabilities.org, 29 Oct 2018; triathlon.org, 01 Sep 2018)

OCCUPATION
He works as a patient advocate for a company that produces prosthetics and orthotics in the United States of America. (napavalleyregister.com, 06 Mar 2020; teampossabilities.org, 04 Dec 2019)