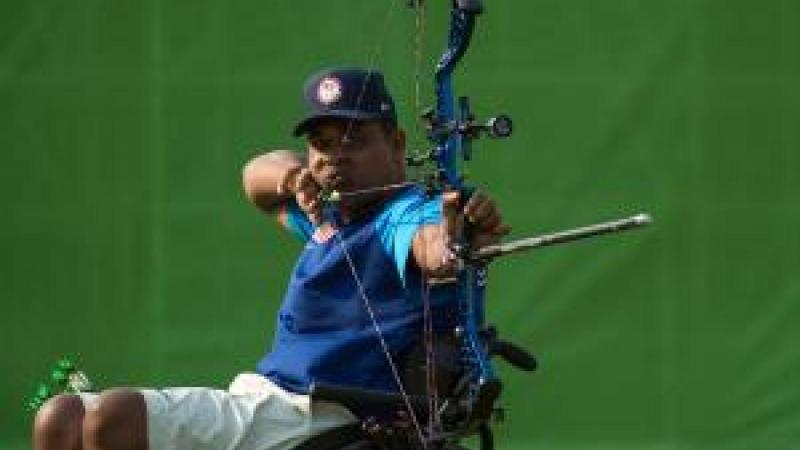 Flying under the radar in his category that includes teammate Matt Stutzman, Andre Shelby burst onto the international scene when he won gold in dramatic fashion at the Rio 2016 Paralympic Games.

The US Navy veteran hung in tight with Italy’s favourite Alberto Simonelli and won the men’s individual compound open by a single point on his last arrow.

“This has been a goal of mine for about four years now,” he said after his victory at Rio 2016. “Things have really come together with my teammates helping me out. Just to take this back home with them and share it with them is a joy.”

Shelby picked up the sport in 2010. His first major medal followed five years later at the Toronto 2015 Parapan American Games, where he beat Stutzman, famously known as the “Armless Archer,” in the men’s compound open.

Shelby shared in team gold at the 2015 World Championships in Donaueschingen, Germany, and followed this up with two golds at the Pan and Parapan American Championships 2016. But his biggest career prize was reached in his Paralympic debut.

Shelby joined the Navy in 1985 one week after graduating from high school, and retired in 2004 after a motorcycle accident left him to a wheelchair.