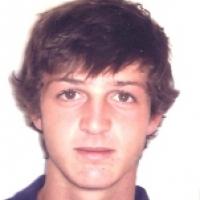 When and where did you begin this sport?
He took up the sport in 2003 at Trinityhouse High School in Johannesburg, South Africa.
Why this sport?
"I realised that I was beating able-bodied people, so I gave Para sports a go."
Club / Team
University of Johannesburg: South Africa
Name of coach
Emmarie Fouche

Nicknames
Italian Stallion (Athlete, 22 Jan 2011)
Memorable sporting achievement
Winning bronze in the long jump at the world championships in 2013 and 2015. (Athlete, 12 Jul 2017)
Hero / Idol
Swiss tennis player Roger Federer. (Athlete, 12 Jul 2017)
Sporting philosophy / motto
"Have no regrets. Adversity causes some to break and others to break records." (Athlete, 22 Jan 2011)
Awards and honours
He was named Sport Personality of the Year at the 2016 Gauteng Sport Awards in South Africa. He was named Para Athlete of the Year at the 2015 edition of the ceremony. (uj.ac.za, 03 Oct 2016; yoursport.co.za, 13 Oct 2015)
Impairment
He was born prematurely and had a stroke shortly afterwards, which resulted in cerebral palsy and paralysis to the right side of his body. (Athlete, 22 Oct 2015; thenewage.co.za, 16 Jul 2012)