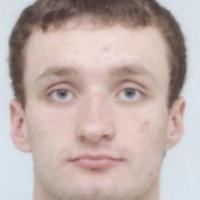 When and where did you begin this sport?
He began the sport at age 12 in Sloviansk, Ukraine.
Why this sport?
He was spotted by a Para swimming coach who invited him to train in his group.
Club / Team
Ekran Aquatics Sports School of Olympic Reserve: St. Petersburg, RUS
Name of coach
Olga Baydalova [personal], RUS, from 2015
Training Regime
His training day includes two sessions. The first one lasts four hours and includes 30 minutes' warm-up, two hours of swimming, an hour in the gym and a cool-down. The second workout lasts three and a half hours.

He has received the titles of Honoured Master of Sport in Ukraine and the Russian Federation. (ekranswim.ru, 21 Jan 2020; Athlete, 04 Sep 2016)

OTHER STUDIES
He graduated in law from the Donbass Institute of Technique and Management in Kramatorsk, Ukraine. (Athlete, 04 Sep 2016)