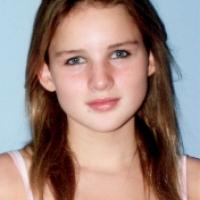 When and where did you begin this sport?
She learned to swim at age five in Alexandria, VA, United States of America.
Why this sport?
"I was a natural in the water and I loved it, and it is the one [sport] that stuck through the years."
Club / Team
Attleboro Bluefish: United States
Name of coach
Chuck Batchelor [personal], from 2015
Training Regime
She trains at the University of Louisville in Kentucky, United States.

DETERMINATION
She has never let the absence of her left forearm stop her from taking part in activities growing up. "I never think of myself as disabled. My physical education teacher in third grade said I couldn't do the monkey bars, so I was determined to prove him wrong. I ended up breaking my arm in the process, but I did get to the fourth bar. I like showing people how strong a person with a 'disability' can be." (athletego.com, 05 Aug 2013)

FROM KYRGYZSTAN TO THE UNITED STATES
She was born in Bishkek, Kyrgyzstan, and was adopted by Diana and Kent Johannes at age two and moved to the United States of America. (athletego.com, 05 Aug 2013)