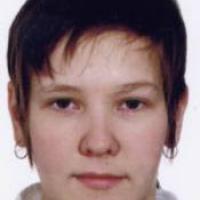 When and where did you begin this sport?
She took up the sport at age six in Krasnotur'insk, Russian Federation.
Why this sport?
She was encouraged to start skiing because both her parents were skiers. Her mother was especially keen for her to try the sport even though her doctors did not approve. Her first coach was her aunt, Ekaterina Burmistrova.

Nicknames
Anya (VK profile, 21 Dec 2020)
Hobbies
Reading books on psychology, spending time with her children. (Athlete, 09 Feb 2018, 09 Dec 2017)
Most influential person in career
Her parents. (Athlete, 09 Feb 2018)
Sporting philosophy / motto
"Without difficulty you will not be the first." (Athlete, 09 Feb 2018)
Awards and honours
In recognition of her performance at the 2018 Paralympic Winter Games in Pyeongchang, she received the Order of Honour in the Russian Federation. (kremlin.ru, 20 Mar 2018)

For her achievements at the 2014 Paralympic Winter Games in Sochi, she received the Order for Merits to the Fatherland [fourth grade] from the president of the Russian Federation. (kremlin.ru, 17 Mar 2014)

In 2010 she was decorated with the Order of Honour by the president of the Russian Federation. (kremlin.ru, 26 Mar 2010)

In 2010 she was named an Honoured Citizen of her home city Krasnotur'insk, Russian Federation. She was the first athlete of the city to gain this title. (goroda66.ru, 29 Mar 2010)

She has received the title of Honoured Master of Sport in the Russian Federation. (Athlete, 09 Dec 2017)
Famous relatives
Her husband Viktor Milenin has played sitting volleyball and won a bronze medal at the 2008 Paralympic Games in Beijing. Her mother is a former Master of Sport in cross-country skiing. (shaytanka.ru, 30 Oct 2017; rbth.co.uk, 17 Dec 2013)
Impairment
The impairment to her hand is the result of congenital nerve damage. "When I was little I didn't notice it, but as I got older it became more obvious. The hand simply hung, and I couldn't do anything with it." (ski66.ru, 27 May 2012)
Other information
LOCAL GOVERNMENT
She has served as a deputy in the city parliament of her hometown of Krasnotur'insk, Russian Federation. (shaytanka.ru, 30 Oct 2017)