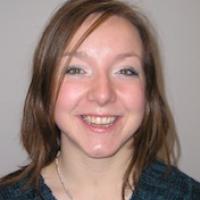 When and where did you begin this sport?
She grew up snowboarding and dreamed of snowboard racing for Great Britain, until the 2006 accident in Japan that left her paralysed from the waist down. While in hospital, she was inspired by the 2006 Paralympic Games in Turin and began mono-skiing the following year.
Why this sport?
After her injury she was determined to get back on the slopes. Soon after taking up mono-skiing in 2007 she was fast-tracked into the British Disabled Ski Team. Within three years she competed at the 2010 Paralympic Games in Vancouver, a goal she had set herself while she had been in hospital. "Focusing on sport has helped me get my life back on track after a life-changing accident."

Hobbies
Wheelchair basketball, handcycling. (VANOC, 12 Feb 2010)
Most influential person in career
Her family and husband Peter. "I now have some minor movements in my legs. I’m pretty sure if it had not been for my family and Peter egging me on, I would not have achieved what I have done," she said in 2012. (dailymail.co.uk, 31 Jan 2012)
Sporting philosophy / motto
"I love the rush and life would be meaningless without some mountains to race down." (annaturney.com, 25 Jan 2013)
Other sports
She competed in snowboarding prior to her accident. She was also part of the Great Britain triathlon development squad. (youtube.com, 03 Oct 2008; kenilworthweeklynews.co.uk, 15 Nov 2010; VANOC, 12 Feb 2010)
Impairment
In 2006 while snowboarding in Japan she overshot a 30-foot tabletop jump and broke her back. (youtube.com, 03 Jan 2008)
Other information
RETIREMENT
She has retired from competitive sport. (bbc.co.uk, 21 Jan 2015)

HUSBAND AND PHYSIO
She met her husband, physiotherapist Peter Walton, while on a rehabilitation course in the Lake District. "Because Peter is a physiotherapist he obviously understood what I was going through physically. But it wasn’t just that, it didn’t take me long to discover he was an amazing person." (dailymail.co.uk, 31 Jan 2012)