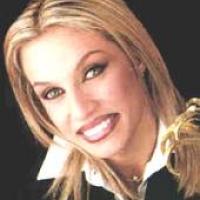 When and where did you begin this sport?
She took up athletics in 1999 but only began training seriously in September 2010.
Why this sport?
She used to go to the gym regularly to keep fit. One day she was challenged to a 1500m race and realised she had potential at the discipline.
Club / Team
GS Fiamme Oro: Italy
Name of coach
Mario Poletti [national], ITA

Injuries
She was injured in early 2013 but returned to competition at the 2013 Italian Open Athletics Championships in Grosseto. (superabile.it, 13 May 2013)
Sporting philosophy / motto
"Do not be afraid of anything and do not ever give up." (terremarsicane.it, 15 Apr 2014)
Other sports
She has competed in para-cycling. (pedalerosa.it, 15 Jan 2016)
Impairment
In 1996 she was diagnosed with retinitis pigmentosa and macular degeneration, which led to her losing her vision. Her younger sister Francesca has also been diagnosed with the same condition. (mediaset.it, 10 Jun 2013; annalisaminetti.com, 30 Sep 2011)
Other information
POLITICS
She was a candidate for the centrist coalition Scelta Civica [Civic Choice], led by former prime minister Mario Monti, at the 2013 general election in Italy. "I entered politics because I wanted to help alleviate some of the suffering. I have been accused of not knowing anything about politics, but I respond by saying that I know as much about politics as I did about athletics before I took it up, and I managed to compete and win." (alfemminile.com, 25 Jan 2013)

HUMANITARIAN WORK
She has worked as an ambassador for CBM Italia, a non-profit organisation that helps combat blindness, as well as physical and intellectual impairments in some of the poorest countries in the world. In 2009 she took part in a campaign to help restore sight to more than 30,000 women in Bolivia. (corriere.it, 06 Aug 2012; annalisaminetti.com, 30 Sep 2011; real-eyes.it, 04 Oct 2009)