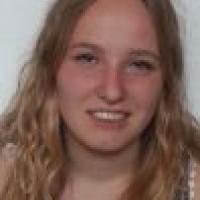 Awards and honours
She sustained a concussion after crashing during the 2019 World Cup event in Big White, BC, Canada. She returned to competition a month later. (paralympic.org, 09 Mar 2019, 05 Mar 2019)

She was unable to compete at the 2017 World Cup event in Pyha, Finland, due to an injury she sustained to her left hand while training. (Facebook page, 09 Dec 2017)
Impairment
She was born with a left leg predisposition disorder. Her knee was higher than a normal leg and her foot and toes were not aligned. In 2014 she chose to have her foot amputated as she was self-conscious about the way she walked because it drew attention to her impairment, and she was limited in the clothes she could wear. (kortermaarkrachtig.com, 01 Dec 2014)