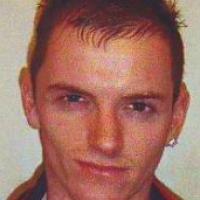 When and where did you begin this sport?
He took up para-athletics at secondary school.
Why this sport?
A teacher introduced him to the sport. "My PE teacher said to me when she saw me running, 'Are you in a running club?'. You should get in one now."

Nicknames
Ant (Facebook profile, 25 Oct 2013)
Memorable sporting achievement
Finishing fourth in the 100m and 200m at the British trials for the 2012 Paralympic Games in London. (LinkedIn profile, 21 Oct 2013)
Sporting philosophy / motto
"Doing well helps build your confidence and your self belief. The better you do, the better you feel." (youtube.com, 23 Mar 2012)
Impairment
He has limited movement on the left side of his body. This is the result of an operation he had at age six in which doctors accidentally damaged part of his brain during surgery to remove a tumour. (youtube.com, 23 Mar 2012)
Other information
SPLINT
He runs with a splint on his left leg to keep his ankle in place when he runs. He also has a platform on his left shoe because his right leg is slightly longer. (youtube.com, 23 Mar 2012)

OTHER ACTIVITIES
He was a volunteer gamesmaker at the 2012 Olympic Games in London. (Facebook profile, 25 Oct 2012)